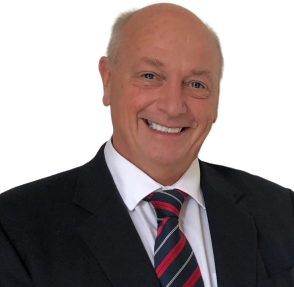 Professor McWhinnie is a Consultant Vascular, General and Laparoscopic Surgeon at Milton Keynes University Hospital, appointed in 1993. He trained in Medicine and Surgery at Glasgow University and continued in Oxford, where he was also a senior lecturer. He is a past president of the British Association of Day Surgery and currently President of the International Association for Ambulatory Surgery and Editor-in-Chief of the Journal of Ambulatory Surgery.

Professor McWhinnie is Post-Graduate Dean of Medicine and Surgery at the University of Buckingham. He has over 100 publications on patient safety, ambulatory surgery and the treatment of varicose veins. He has authored and contributed to over 25 chapters in surgical textbooks including Bailey and Love’s Short Practice of Surgery, Davidson’s Principles and Practice of Surgery and The Oxford Textbook of Surgery. In 2012 He co-edited the popular specialist handbook ‘Day Case Surgery’ for Oxford University Press.

Professor McWhinnie is a senior examiner of the Royal College of Surgeons of Edinburgh for the MRCS national and international examinations and is an Intercollegiate examiner for the FRCS final examinations.

As a surgeon with over 40 years of surgical practice, his areas of clinical expertise include general abdominal surgery, all types of hernia repair, both laparoscopic and open, laparoscopic gallbladder procedures, varicose vein surgery, minor surgery and removal of lumps and bumps.

Professor McWhinnie is currently Chair of the Medical Advisory Committee (MAC) at The Saxon Clinic.